Serving the Carolinas since 1880

The Story of Charlotte Tent and Awning 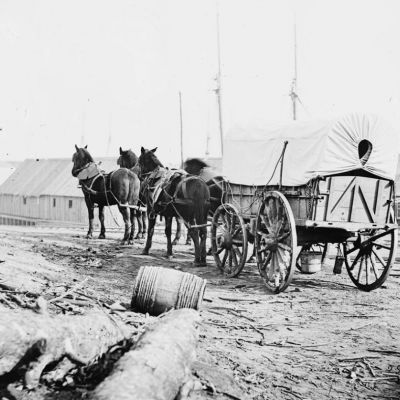 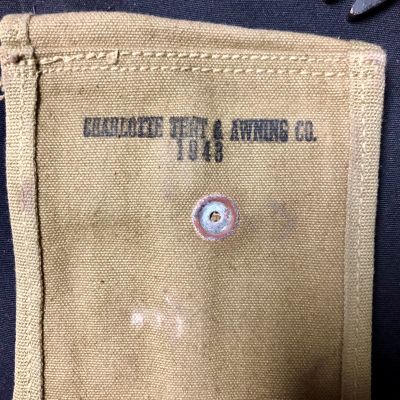 1943
In WWII Charlotte Tent and Awning supplied M1 carbine pouches for the military. Then in 1960 R.P. Steffey bought the company and moved it to W. Trade st. in downtown Charlotte. The company was later sold to Tom Mangum and later moved to another location on E. Trade Street and incorporated on 5/14/1980.
1985-1993
Tom Mangum sold Charlotte Tent and Awning to Richard Stasczak in 1985. Mr. Stasczak, a former printing industry executive, was planning an ambitious expansion. Their deal was for Mr. Mangum, who planned to retire within six months, help teach Mr. Stasczak the ins and outs of making and installing canvas products. Not long after that, the company began making a wide variety of canvas awnings, tents and bags for restaurants and retail stores, in addition to their residential customers. Their clients were spread across the Carolinas, including Rigby’s restaurant in Rock Hill, the Monroe Arts and Science Council and the construction firm renovating Latta Arcade in downtown Charlotte. Through advertising and word of mouth they continued to grow their commercial business. 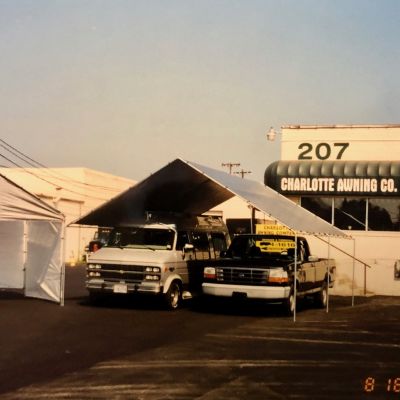 1994-2001
Mr. Stasczak sold to Davis L. McNulty on Jan. 03, 1994. Mr. McNulty wasn’t deeply involved in the daily operations and soon hired Gary Westlund as General Manager. In 1997 the company moved to Lawton Road and remained there for the next 10 years.
2002-2018
In 2002, Mr. McNulty sold to General Manager Gary Westlund. In 2003 the company purchased a local competitor “Awnings Only” in Gastonia from Mr. Rodney Pope. The company continued its success and growth and in September 2006 it moved to its current location 5901 N. Hills Circle in Charlotte, NC. During this move, the current owner (Travis Jenkins) was working as an installer. Then-owner Gary Westlund recognized Jenkins’ potential and brought him into the office to learn the business side of things. By 2011, Jenkins’ was promoted to business Development Leader/estimator and by 2016 was promoted to general manager. At that time, the company was relatively small, around 15 employees. Largely focused on the residential market, Mr. Jenkins had an idea to expand the business deeper into the commercial world. 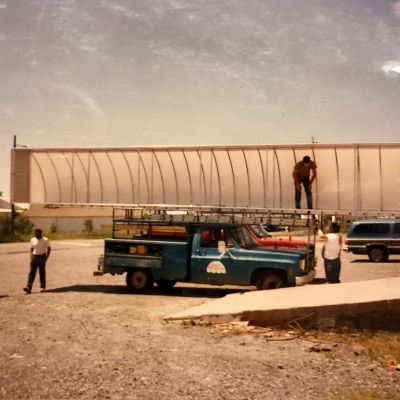 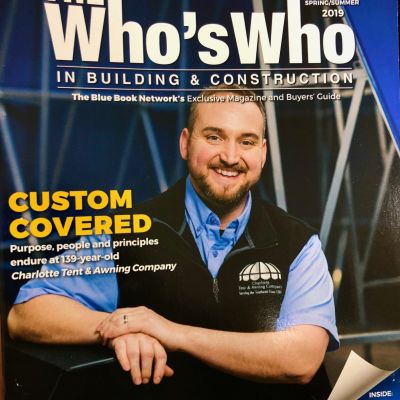 2018-Present
Travis Jenkins bought the company from Gary Westlund in 2018 and currently serves as President. The company now employs 38 employees and 10 subcontracting installers. Today, Charlotte Tent and Awning offers a variety of custom-built, aluminum shade products to meet virtually any need. Charlotte Tent and Awning manufactures all of their metal products in house and carries a large variety of retractable products, from retractable awnings to sunshades, we have you covered. With a very talented and highly experienced problem-solving team, we continue to develop new products and reach more customers than ever before. It’s an exciting time at Charlotte Tent and Awning and we’re looking forward to what the future has instore for us.
Over 100,000 Clients in 140 Years

A look at the last 140 years by the numbers